If you’re into data science you’re probably familiar with this workflow: you start a project by firing up a jupyter notebook, then begin writing your python code, running complex analyses, or even training a model. As the notebook file grows in size with all the functions, the classes, the plots, and the logs, you find yourself with an enormous blob of monolithic code sitting up in one place in front of you. If you’re lucky, things can go well. Good for you then!

However, jupyter notebooks hide some serious pitfalls that may turn your coding into a living hell. Let’s see how this happens and then discuss coding best practices to prevent it.

The problems with Jupyter Notebook ⛔️

Quite often, things may not go the way you intend if you want to take your jupyter prototyping to the next level. Here are some situations I myself encountered while using this tool and that should sound familiar to you:

Ok folks, enough bashing for now. I honestly love jupyter and I think it’s great for what’s designed to do. You can definitely use it to bootstrap small projects or quickly prototype ideas.

But in order to ship these ideas in an industrial fashion, you have to follow software engineering principles that happen to get lost when data scientists use notebooks. So let’s review some of them together and see why they’re important.

One of the most important aspects of code quality is clarity. Clear and readable code is crucial for collaboration and maintainability.

Here’s what may help you have a cleaner code: 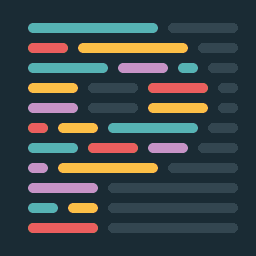 When you start building something that you feel can be reused in the same or other projects, you’ll have to organize your code into logical functions and modules. This helps for better organization and maintainability.

For example, you’re working on an NLP project and you may have different processing functions to handle text data (tokenizing, stripping URLs, lemmatizing, etc.). You can put all these units in a python module called text_processing.py and import them from it. Your main program will be way lighter!

These are some good tips I learned about writing modular code:

Refactoring aims at reorganizing the internal structure of the code without altering its functionalities. It’s usually done on a working (but still not fully organized) version of the code. It helps de-duplicate functions, reorganize the file structure, and add more abstraction.

To learn more about python refactoring, this article is a great resource.

Writing efficient code that executes fast and consumes less memory and storage is another important skill in software development.

Writing efficient code takes years of experience, but here are some quick tips that may help your find out if your code is running slow and how to boost it:

5 — Use GIT or any other version control system 🔨

In my personal experience, using GIT + Github helped me improve my coding skills and better organize my projects. Since I used it while collaborating with friends and/or colleagues, it made me stick to standards I didn’t obey to in the past.

There are lots of benefits to using a version control system, be it in data science or software development.

Platforms such as Github or Gitlab go even further and provide, among other things, Continuous Integration and Continuous Delivery hooks to automatically build and deploy your projects.

If you’re new to Git I recommend having a look at this tutorial.

Or you can have a look at this cheat sheet:

If you want to specifically learn about how to version machine learning models, have a look at this article.

If you’re building a data pipeline that executes a series of operations, one way to make sure it performs according to what it’s designed to do, is to write tests that check an expected behavior.

Tests can be as simple as checking an output shape or an expected value returned by a function.

Writing tests for your functions and modules brings many benefits:

Once the first version of your code is running, you definitely want to monitor it at every step to understand what happens, track the progress, or spot faulty behavior. Here’s where you can use logging.

Here are some tips on efficiently using logging:

Long gone the days when data scientists found their way around by producing reports and jupyter notebooks that didn’t communicate in any way with the company systems and infrastructure.

I hope this article gave you an overview of what these best practices are.

End to End Machine Learning: From Data Collection to Deployment 🚀